Legend has it that military challenge coins were used as a form of identification by an elite flying squad in WWI.

But, it wasn’t until the Vietnam War that army challenge coins really took off. Since then, their popularity has steadily grown, and now, the coins are part of a challenge game.

Ever wonder, ‘what is a challenge coin?’

The ‘challenge’ of these coins is being able to present yours whenever a fellow group member requests a coin check. If you don’t have your coin, the drinks are on you. But, to decide whose coin is best, there are established challenge coin rankings that players must follow.

Find out where your army challenge coins rank in this guide.

The following ranking system is the deciding factor in who wins in a coin check:

Some recipients of the Medal of Honor have challenge coins to give to troops and veterans.

Getting to shake the hand of a true American hero is impressive. But, if you’re also lucky enough to receive a Medal of Honor challenge coin, you’ll never have to buy a round in a coin check.

Just make sure to always have it on you!

Alongside their diploma, many military school graduates receive a challenge coin.Â School coins take second place in the ranking system because of the effort it takes to receive one.

These challenge coins provide a sense of honor and membership, making them the perfect memento for an important event.

The difficulty of getting one of these coins depends on the general officer. Some officers hand their coins out frequently, however, more often, you have to do something outstanding to receive a general officer coin.

Unit commanders can commission coins with the unit’s insignia and hand them out to deserving troops. But, unit coins are also sub-ranked:

Unit coins take fourth place in the rankings because they’re the most common army challenge coins.

To spread brand recognition, some companies commission branded military coins to give out to troops and veterans.

Promotional coins only count if they are from a military-related company, or were given out during a military event or installation.

As the highest-ranking challenge coin, a Medal of Honor challenge coin can’t be beaten. But, there is some flexibility over other rankings if the whole group agrees that the coin meets the following criteria:

A coin with a great design can overcome its lower rank. For example, if a unit coin is well-crafted or unique, it could beat an uninspiring military school coin.

All challenge coins tell a story. If there is an impressive story behind your challenge coin, it could beat a higher-ranking coin.

How to Rank Military Challenge Coins

Now that you know the hierarchy of military challenge coins, you can attempt to avoid paying for drinks at your next coin check!

Check out our ordering guide to commission your own challenge coins, or contact us for a price quote.

Are you in the planning stages of an event and want to make it special with custom medals for participants? Here are the top 5 benefits of using custom medals.

Whether you’re planning an event for the public or looking to reward employees, there’s always the problem of what to offer.  Should you award cash, plaques, or certificates? Should you limit it to event winners, high performers, or should everyone get something?  Custom medals provide you with a solution to most of these problems. Even better, they offer many other benefits.  Let’s jump in and take a closer look at those benefits.

At some point, you probably participated in or even won an event that got little or no coverage. Everyday people and the media love a bit of spectacle.

Sure, watching someone cross a finish line or eat 7 pies is exciting, but it’s over in a flash. Getting custom medals lets you do an awards ceremony. That’s the kind of thing media outlets like to cover.  It gives them an opportunity to capture footage of the winners getting the medals. That improves the chances of the event getting into the public eye.

Creates a Sense of Value

Just as viewers like spectacle, participants like getting something physical to take home with them. It creates a psychological value to participating and winning.  For example, you can make larger, custom medals for the winners. You can do a larger run of smaller participation medals for everyone else.  It encourages participation by offering value to everyone.

Awarding medals offers an opportunity for brand building.  Let’s say fun is one of your brand values. Let your medals reflect that attitude.  The first place medal might say, Supreme Champion, or feature a big gold star. You might put a big thumbs up on the second place medal. Third place might get a hand making the OK symbol.  The mild silliness of the medals becomes another reinforcement of the brand’s commitment to fun.

Businesses often struggle with employee engagement. This isn’t helped by the tradition of annual reviews. Employees crave recognition at the time they perform well.  The military handles this by handing out challenge coins for accomplishments. Don’t offer feedback months after the fact.  Adopt challenge coins or custom medals as a way to reward employees at the time.  They’ll feel acknowledged, which encourages better engagement.

Another stumbling block in regards to employee engagement and happiness is family goodwill. Spouses, children and even parents often pay a price when employees stay late.  Use family events to acknowledge that sacrifice. For example, give spouses or children medals of their own. It fosters goodwill by showing you realize employees live much of their lives beyond the business.

Custom medals offer many benefits for events and businesses.  They help solidify your brand and raise your profile.  They create a sense of value for event participants.  They also offer a way to foster goodwill and improve employee engagement.

Metal Promo specializes in customized metal products, such as medals, pins and challenge coins. To learn more about our offerings or to place an order, contact us today. 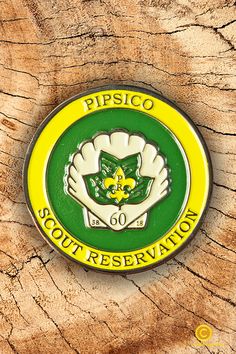 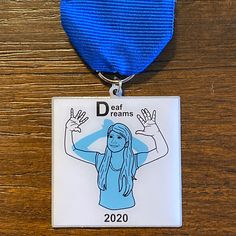 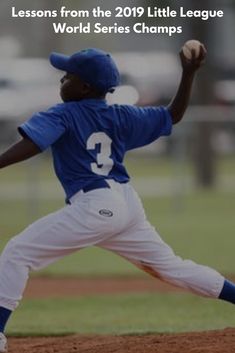 Thought you knew all about lapel pins? Think again. Boost your knowledge with these interesting facts and helpful tips about lapel pins. From recognizing special achievements to practicing a little self-expression, lapel pins are a great way to wear a stylish accessory with pride. If you’re wondering where the lapel

Enamel pins for your sports club are a great way to build team loyalty and spirit. Pin them to lapels, kit bags, even hats! Here’s how to design your pins. Enamel pins adorn the lapels of sports fans everywhere. These iconic collectibles have boomed in popularity in recent years. However,

Promotional fundraising products are the best way to launch your program or offer commemorative souvenirs and what better way than with custom lapel pins! Spreading awareness for your charity or fundraiser can be hard work. It’s necessary work, however. If you can’t find the proper support for your cause, then

Corporate pins can be effective in creating a culture that brings team members on board with your vision. Learn how to make pins that unite your employees. Keeping your employees happy is more about your corporate culture than the salary they make. Did you know that 88 percent of people looking for