Home / Uncategorized / The Ultimate Sacrifice: The Meaning Behind Military Pins 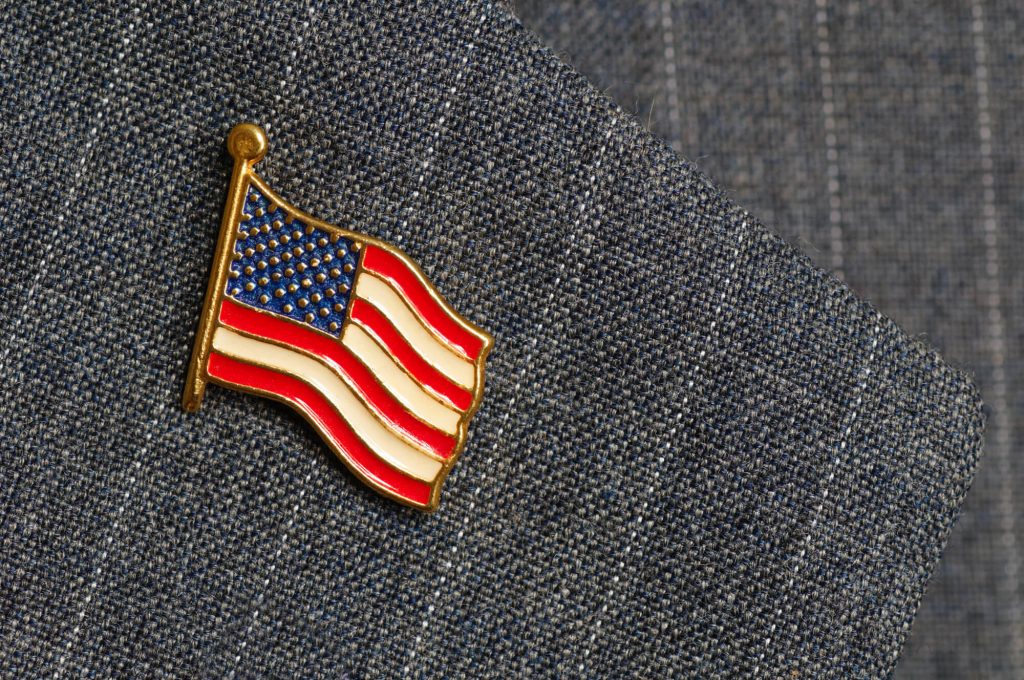 You don’t need a special occasion to celebrate our troops who make the ultimate sacrifice with their commitment. Explore the benefits of gifting military pins.

In Japan, lawyers or bengoshi now sport lapel pins (kisho) to signify their seniority and expertise as lawyers.

These badges are technically owned by the Japanese Federation Bar Association and “lent” to these lawyers, subject to disbarring, criminal conduct and other career-ending circumstances. What at first glance, may appear like a 16 petalled chrysanthemum is actually a sunflower, proudly fronting these lapels. A unique attorney number lies behind this regal front.

In the U.S.A, these military pins represent something else. As more of a military novelty, these pins are used to signify the ranks of soldiers and the unit they belong to.

However, while their official uses may vary across continents and countries, the symbolism is universal. The lapel pin has proudly evolved to represent camaraderie, affiliation, loyalty, patriotism, and unity.

These badges of honor symbolize a brotherhood of sorts among people. They signify a common cause, a common honor or in some cases, a common brand.

And they do it with sheer class.

The Origin of Military Pins: Exploring the Evolution

During the battles of the middle ages, knights would often find themselves separated from their own kin. At some point, inspiration struck and these knights began painting their shields in feudal colors in order to establish their identities among themselves.

And thus the principle of recognition and identity through an accessory was first established. This eventually (albeit indirectly) paved the way for the popularization of the lapel pin.

It was the civil war that first popularised the use of lapel pins in the U.S.A. Each military unit required their soldiers to wear a brass pin with their unit numbers on them, in order to be able to know which unit they belonged to. As a natural transgression, these lapel pins with their distinctive numbers grew to build a sense of brotherhood and loyalty among the units.

As world war I came around, this changed. The lapel pin was no longer a common accessory amongst comrades. Instead, receiving a lapel pin was a meritorious achievement, and only a select few were given this honor for their exceptional service.

Eventually, there were also special lapel pins handed to the close relatives of deceased soldiers.

Soon this reached civilians, and now anyone can sport a lapel whether its a matter of demonstrating their loyalty, patriotism or simply a personal statement. Military pins are now a full-blown industry.

While the military services may have varying styles of their badges (or pins) some of the terminologies remains common. This terminology is referenced in each of the services’ uniform regulations.

The Variants and What They Mean

Each of the military’s five services maintains their own lapels. These being the Army, the Air Force, the Marine Corps, the Navy, and the Coast Guard.

The Medal of Honor

The Medal of Honor rests at the top of its hierarchy. It is the topmost honor for anyone serving in any of the military services and is presented to them by the President of the United States on the 25th of March (National Medal of Honor Day).

This is awarded in recognition and gratitude for having served the nation above and beyond expectations. It is a mark of exceptional bravery, loyalty and everything that the military stands for.

This pin knows three variants for the Army, the Navy and the Airforce. However, members of the Marine Corps and Coast Guard can be awarded the one created for the Navy.

With their use becoming increasingly commonplace, corporates, societies, clubs and other group-oriented organizations use their own customized pins too!

A Corporate Transition with a Purpose

Given its profound associations with the U.S military, the lapel pin has evolved to represent something larger than itself. The reason its use has grown so widespread is due to the sense of unity and common cause that it creates.

Corporate employees find comfort in feeling like they are a part of a larger brethren, a cause bigger than them. This sense of belonging, loyalty, and unity is something that organizations and corporations often want, but otherwise, fail to achieve.

It also doesn’t hurt that lapel pins or military pins add an incomparable touch of elegance to any corporate outfit, allowing for these businesses to achieve brand awareness in the classiest way.

Inspired? Check out our range of customizable lapel pins for your own business, event, fundraiser or anything under the sun!

When designing a custom lapel pin, plating choice will play a critical role in how your pin design will look once produced. Plating is an important part of the production process, in which an extra layer of metal is added onto the outside of the lapel pin.     Watch our video

When it comes to creating custom lapel pins, the type of pin you choose will have a large impact on the overall look and feel of the custom pin.

Thought you knew all about pins?. Here is the ultimate guide and Boost your knowledge in understanding Lapel pin uses and applications. The Greeks created the first lapel pin in the 13th century B.C. and evolved into the lapel pins we have today. Whether it’s to complement your suit to

The Ultimate Sacrifice: The Meaning Behind Military Pins You don’t need a special occasion to celebrate our troops who make the ultimate sacrifice with their commitment. Explore the benefits of gifting military pins. In Japan, lawyers or bengoshi now sport lapel pins (kisho) to signify their seniority and expertise as